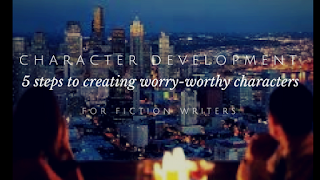 Honestly, I’m starting to think that maybe… just maybe, my eyes were longer than my stomach about this character development series. I’m thinking there only needs to be like three steps to creating authentic and endearing characters.  I digress, this week I'm attempting to tell writers how to give their characters a little more soul. No! Not soul like 'get down with your bad self...'; I talking about depth and meaning. I know… telling writers how to imbue their characters with soul is a lot like telling parents how to instill morals and values into their children.  I have written this first paragraph about four times.  I'm sticking with this one because it doesn't matter how I start this post, I'm still going to have to finish it—so, here goes nothing.

Without crossing over into preachy and philosophical head-space; I want to first clarify that when I use the term soul, I am referring to the part of animate beings which give them depth and personality.

The part that provides purpose and meaning to their existence.  The part of them that is guided by their sense of right and wrong in the world in which they live or exist.

I could write in terms of flat and 3-D characters, but this is not an ELA class and I am no longer a teacher. Thanks heavens for that (DeVos) For professional writers and those aspiring to become professional writers, it is important to speak in terms that inspire passion and imagination.  Words that spark creativity in hearts and, dare I say, souls of the writers.  So, for now let's talk about what the soul of a character is made of and how writers will best convey this to their readers.

Part One of the Soul: Base Needs

The baser needs of mankind are needs that take care of the flesh.  Some of them are basic things like food, water, and shelter.  Others are more physical such as, sex, physical exertion, and warmth.  And still other base needs are emotional. For example, the need for acceptance, friendship, and love.  The needs themselves are not\ base as much as how one may go about meeting these needs, especially if they lack access to other parts of the soul.  When writing a character, it is important to understand if their base needs will be met and what they must do to meet them.  The more carnal the character, the more internally conflicted they are.  It is very helpful to create a carnal profile for each of the characters which will be useful in fleshing out (forgive the unintentional pun) what motivates and conflicts the characters.

Part Two of the Soul:Passion

The first word that comes to mind when most people hear the word passion is usually 'love', but I must stop that runaway train right here and now.  Quickly, because I need you guys on the same page as me when we talk about passion.  I will share how I use the word in this post.  The word passion comes from the Latin word, pati, which means to suffer.  It is from this perspective that I derive my usage of the word, for a dimension of the soul.  Passion is what one is willing to suffer for. Now that we are on the same crazy train, let's continue.

Passion is the active part of the soul.  The part of the soul that requires movement, resolution, restitution and absolution.  If internal conflict is born of the baser needs of mankind, then external conflict is born of the passionate aspects of mankind.  Passion seeks an outlet; demands what is wrong is made right and what causes any imbalance is dealt with immediately.  When a character has nothing for which they are willing to suffer, nothing for which they are willing give up everything then that character is truly without purpose.  How is a writer to create a character with passion?Easy!  Give your character a reason to hold their breath, then give them a reason to lose their breath, and finally give them a reason to take a breath.

Part Three of the Soul: Conscience


Note: There is not much room for growth in psychopaths or sociopaths as main characters unless there is a spark of conscience and they can be redeemed in the end.  They do however, make great secondary characters.

The conscience part of the soul act as a guide for the other two parts.  It's kind of like the checks and balances system of the American government: one branch can't control the entire system and that's how the soul is set up, according to Plato.  The conscience provides a rational framework in which the needs and passions of the character can be met in a safe, sane, and beneficial manner.

To make your character more legitimate, there must be imbalance in the soul.  Perhaps the character is too passionate and doesn't always listen to the rational part of their soul.  Or maybe the character over analyzes everything and never allows themselves to cut loose and have a good time.

The most important thing to remember when writing soul into your character, is that genuine does not mean perfect and imperfect doesn't mean unrealistic.  Allowing your character to experience and utilize all parts of their soul will ultimately create an authentically whole character that readers will be worrying about as the shop at the local grocery store.  Join me next week when I explore the power of developing an honest character internal commentary as a part of this 5-part character development series.

Remember, writing is a journey and every so often, the Universe provides enchanted stones to make the journey easier.  Enjoy the trip and remember to keep writing and stay Enchanted. 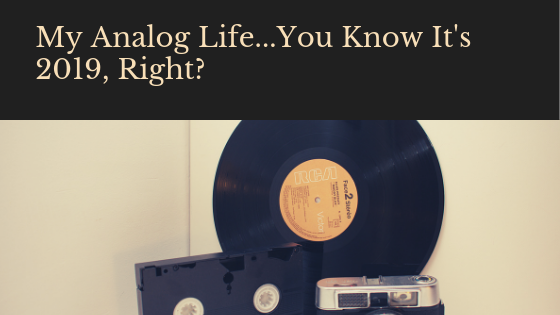